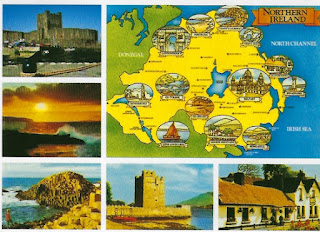 Europe-Northern Ireland-Newcastle-Co.Down  I had not spend much time in this part of Northern Ireland before . It is on the East side just after the border. A seaside area with beautiful surrounding countryside.

As I have said before finding regional stamps in Northern Ireland is not easy. I was lucky to find this stamp in a remote Post Office. This stamp was only issued in later 2020 . 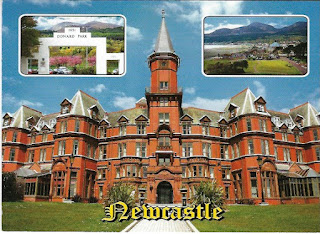 Europe-United Kingdom-Northern Ireland-Co.Down . This is the hotel I stayed in . It is very famous and was opened in 1898  when Newcastle was a railway stop on the Dublin-Belfast line. No longer there. But the Slieve Donard Hotel certainly is. Nearby attractions include the scenic Donard Park, beach and promenade.

Featuring stamps with Paul McCarthy of the Beatles and Wings fame. I think I had the Ram album on the right when we all had LPs and record players.

David Langan
Dublin, Ireland
HI Welcome to my new Travelogue. Travel has been a passion of mine since I was a school boy. Looking at the world and a atlas. Seeing all the different countries on the maps and wondering about what they were like.The countries listed on the right are based on Travelers century club list. www.travelerscenturyclub.org.Travel is a passion and Postcards are a great way to give us great memories of the travel experiences one has.You are welcome to email. langandavid@gmail.com